We headed out from Moab to visit Zion National Park.  On the way to Zion we stopped overnight to look at some trucks and go trick or treating in Grand Junction, Colorado.  The kids had a great time walking the sprawling neighborhoods in Grand Junction getting candy.  We even found a haunted house just like the one in our old neighborhood. 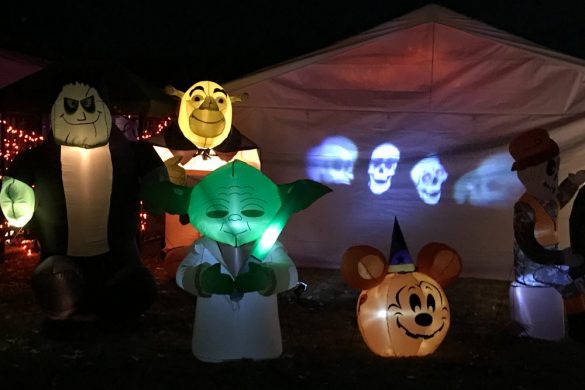 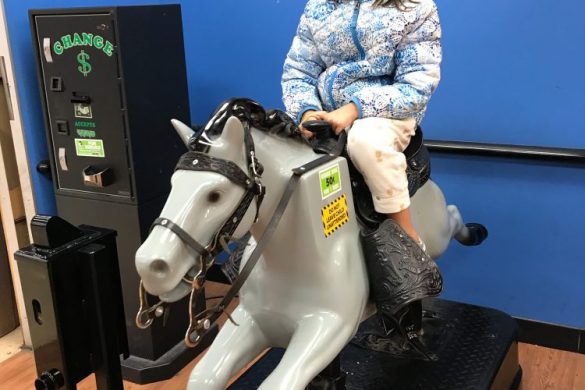 Our campground in Zion was surrounded by the red rocks cliffs and was right on the river.  It was so nice to hear the rushing water as we went to sleep that night.  The kids were off early to learn about the park and get their ranger badges.  Zion uses a bus system to shuttle people around which can be a pain for little people.  Thankfully our visit was during the off season and not during the crowded times.

From Zion we set off to Las Vegas to pick up a new to us truck.  Along the way we stopped in St. George, UT to look at some bigger trailers.  Our Airstream has been serving us well but there are times that we need more space.  Luca’s schoolwork requires a lot of time and concentration.  Having a separate space for him would make our lives a lot easier.  During my work days I end up alternating between the Airstream and the truck to take my calls in a quiet space.  Having a quiet room to work in would also make our lives a lot less stressful.

The truck we found in Las Vegas turned out to be a winner. We ended up with a 2013 Ford F-350 crew cab truck.  Towing the Airstream with the Denali was not fun.  The difference between the Denali and the truck are night and day.  Overall the cab space is about the same with the exception of not being able to put the dog in her crate behind the back seats.  She now just sleeps on the floor and eats iPad cables.  That was until we moved her up front and she ate the wires going in to the passenger seat.  Having more cargo space is also so nice in the back of truck.  We can get the kids bikes in and out easy now and do not have deal with layers of stuff. 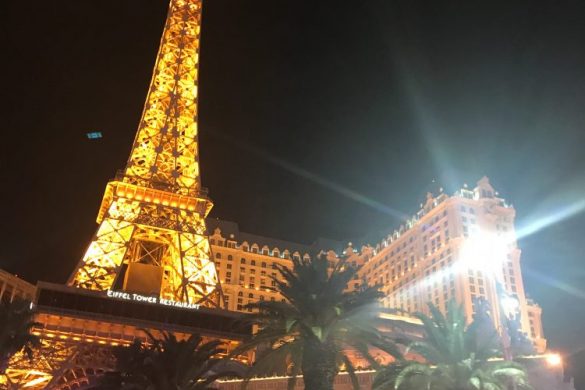 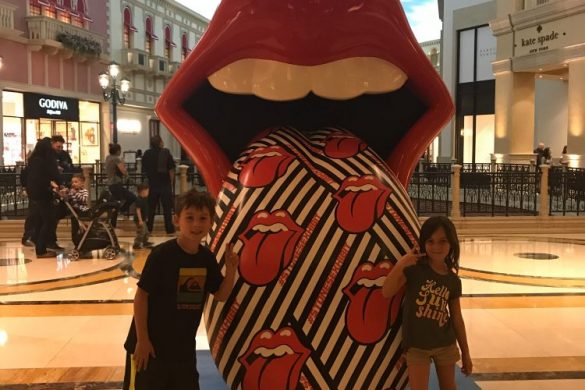 After we finished all of the truck paperwork the kids were dying to go see the Las Vegas strip and check out some gambling.  I remembered a good parking spot from my last Adobe conference in the back of the Venetian which worked out great.  The kids and I checked out the canals, casino and ate very expensive ice cream in the plaza.

After the casino it was time to get out of Las Vegas.  We headed out of town towards Death Valley National Park.  We made it about 50 miles to the Pahrump WalMart and all crashed out after the long day.

Parking lot camping is not that bad for short stays.  After you camp for free you really start to question paying 30 to 60 dollars for a parking spot.  In the morning I unhooked the truck and brought it in to the WalMart auto shop for a 13 quart oil change.  An old timer Val stopped by the trailer and told us all about the Airstreams that he had over the past 50 years.  We have met quite a few Airstream fans which is always fun.  Something to think about if we get a random fiberglass trailer.