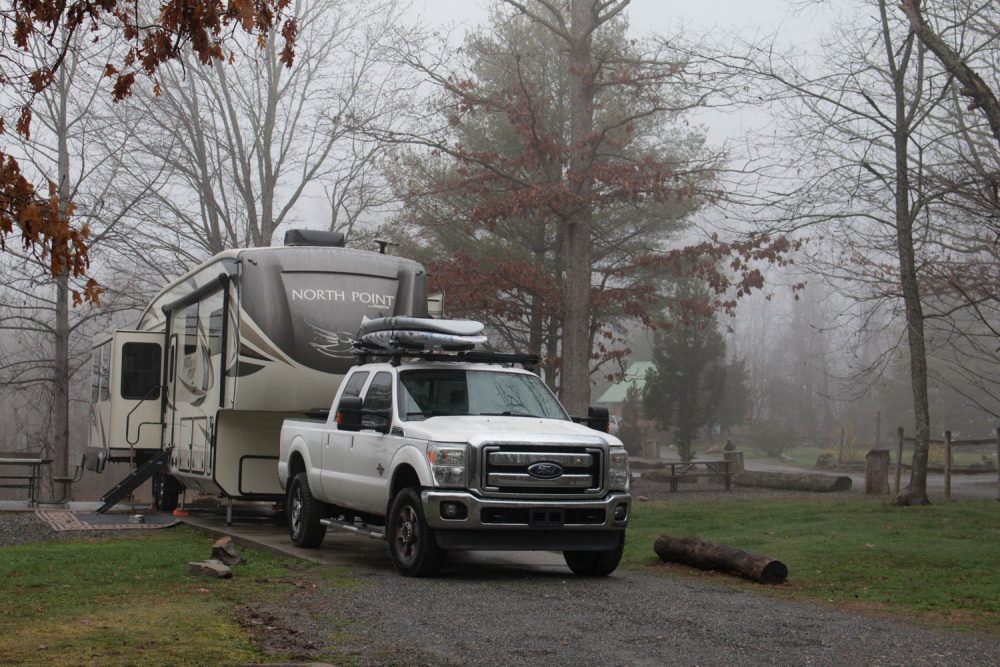 When we arrived back to Cape Lookout from Washington DC there were a couple of storms headed east.  The more direct route would have been to take I-80 or I-90 back but the thought of driving a fifth wheel through the mountains on icy roads was not appealing.  Heading south to San Diego and up the west coast looked like the best option.  That route would also let us catch up with all of our family on the west coast. 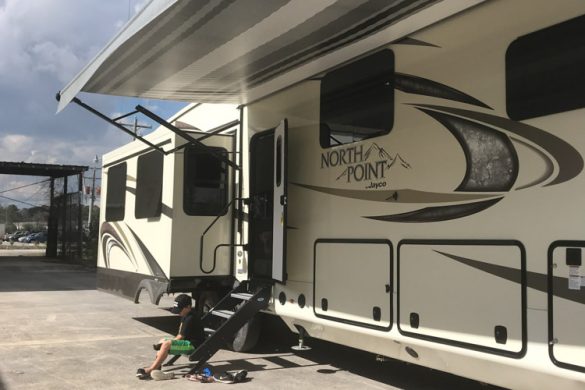 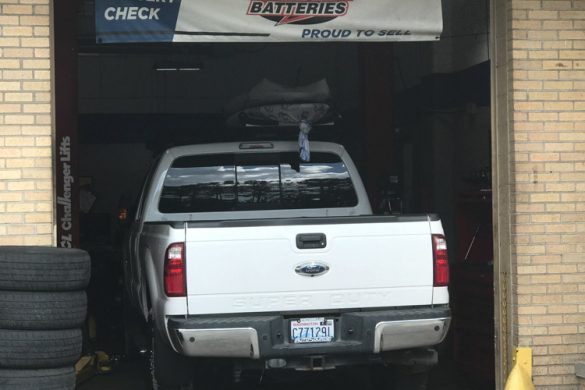 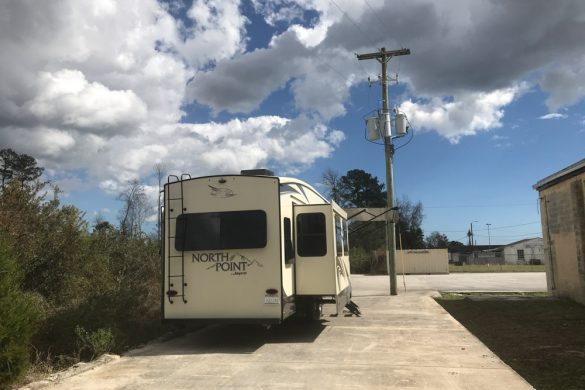 We packed up and headed out of town but made a quick stop for some new tires on the truck.  The tires that came on the truck were AT/Mud which were loud and rough under load.  We unfortunately ripped up the sidewall on one rallying in the sand dunes to watch the sunset.

With new tires on the truck we were off to Ashville, North Carolina for the night.  We stayed at Campfire Lodgings which was high up in the mountains.  The view overlooking the valley was beautiful!

Ashville is cute town with lots of young people and great places to eat.  We had a nice morning at the coffee shop catching up on school work and yummy snacks.  We fueled up the truck and got ready to head out the next morning for the Great Smoky Mountains National Park. 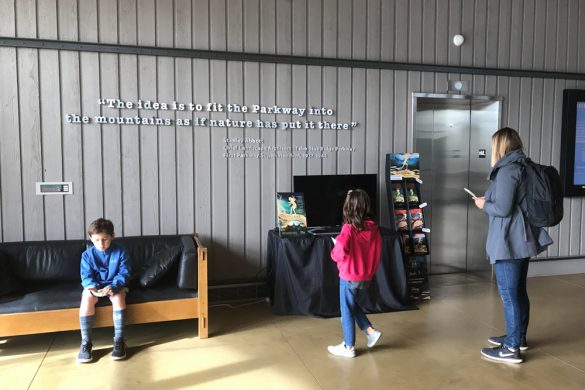 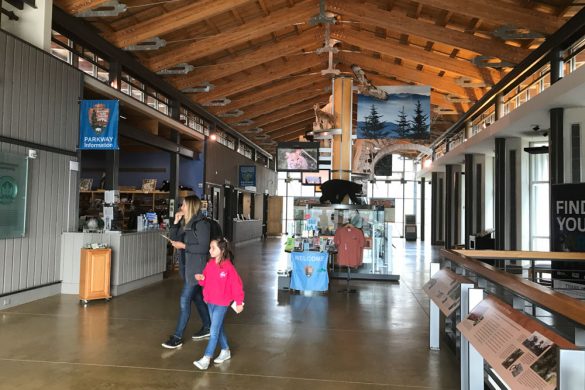 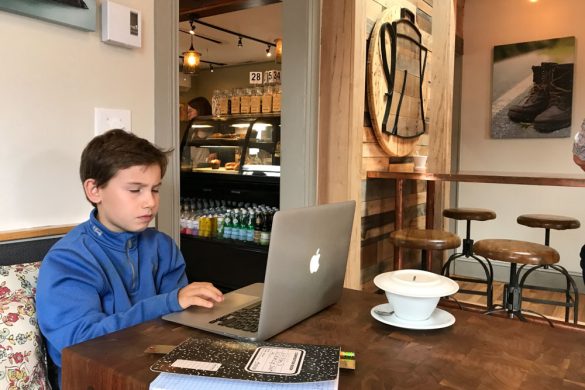 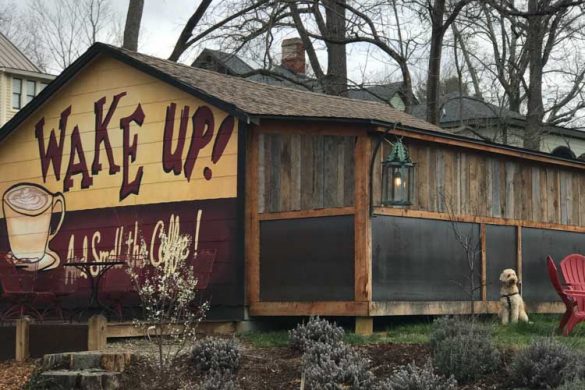 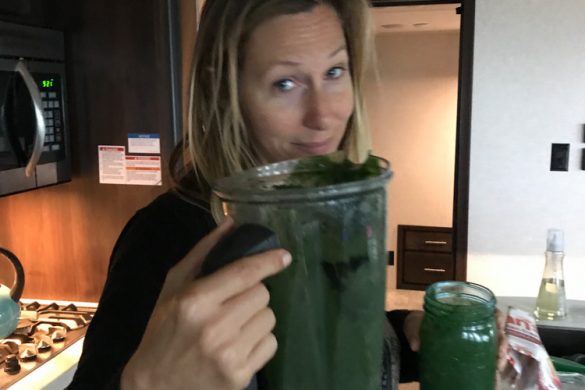 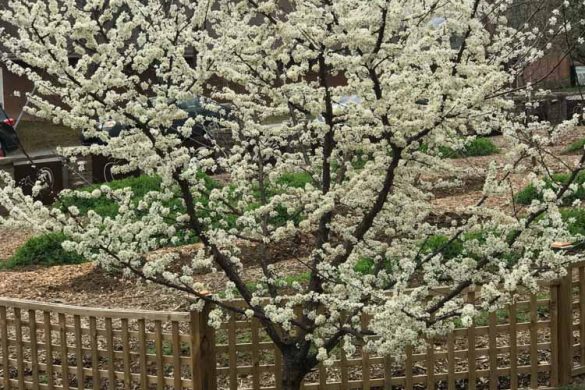 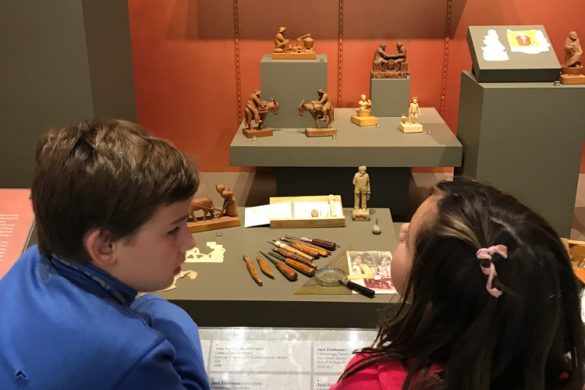 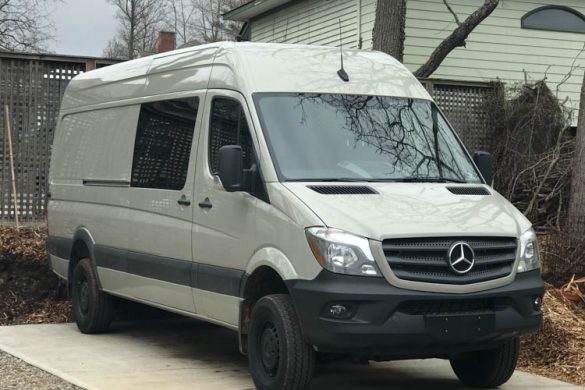 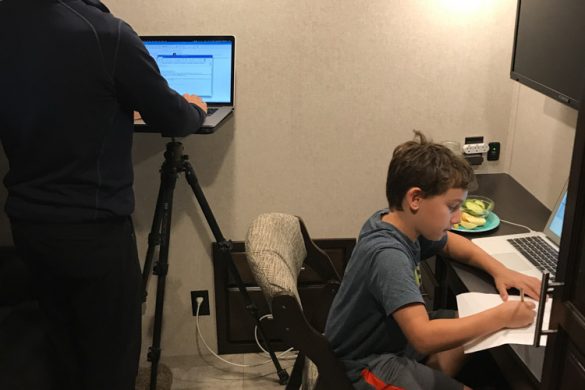 The drive from Asheville is pretty short and we pulled in to the KOA in Pigeon Forge so I could start working.  It was cool outside and the ground was soft and muddy from a storm that just passed through.   We headed up to the park headquarters and got the kids junior ranger packets.  It was fun to learn about the park and what it took to build the infrastructure.  So much history in these places.

From Pigeon Forge we headed west to Nashville, TN.  It was hard for me to coordinate all of the miles we had to drive while having to work regular hours during the week.  Since I my co-workers were on pacific standard time it made the most sense to hit the road early and then stop for the workday at 11am eastern time.  That worked out pretty well and we did a couple hundred miles each morning using that technique.  The weekend would be when we could put down a couple of 700 mile days to get across Texas, New Mexico and Arizona.

Nashville was a bustling when we arrived.  Lara and the kids visited a couple of museums while I worked a the RV park.  We met up with some road trip friends and had a nice night before heading out to Memphis.

The next morning we hit the road early headed to Memphis to stay at Graceland.   Graceland has an RV park which was perfect spot to pull in to.  We got to tour Graceland, catch up on laundry and get some work done.  It was a beautiful sunny day with lots of little springtime buds on the trees.

Graceland turned out to be a lot of fun.  Luca and Skye love the song Burning Love from the movie Gameplan which was blasting on the outside speakers when we walked in.  The museum had so much history about Elvis which was fun to learn about.  The short video clips they had really showed how out of it he was.  Super sad to see that part of his life. 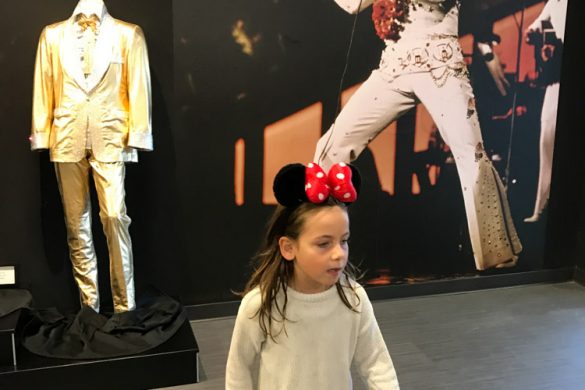 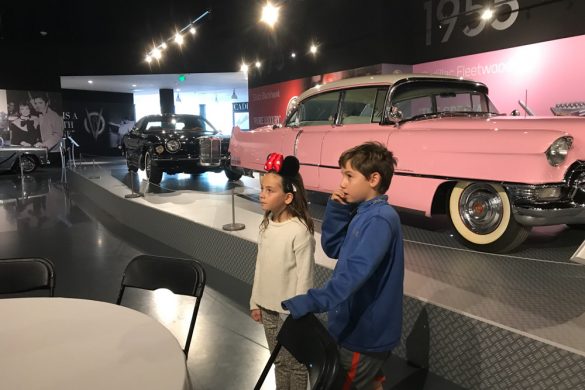 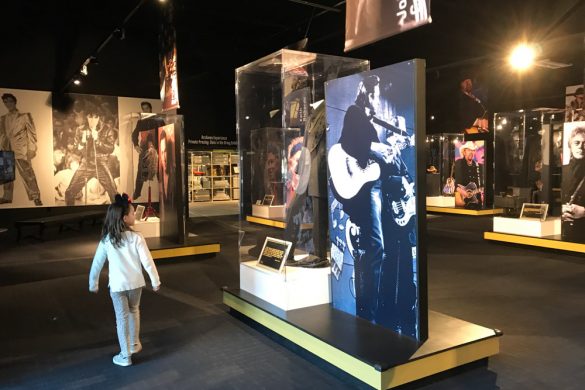 Our next leg was 475 miles to Oklahoma City for an overnight stop.  From Oklahoma city we drove pretty much straight through to Yuma Arizona.  It was a long haul and when we finally got to Yuma I could barely park the trailer.  The desert night was beautiful with a big moon and purple skies.

The next leg to San Diego was easy until we got in to the city.  San Diego’s freeways are so busy and pulling our big rig through the morning rush hour was not that fun.  Once we got hooked up it felt great to have a few days to rest before heading north. 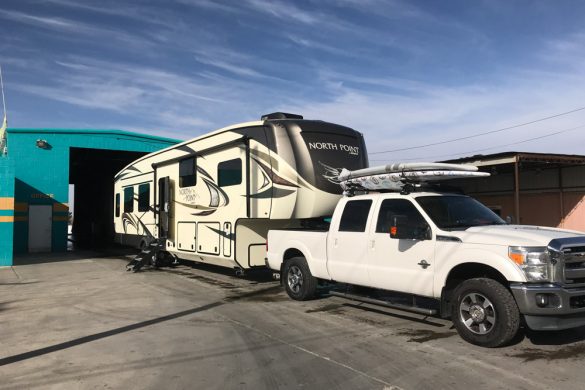 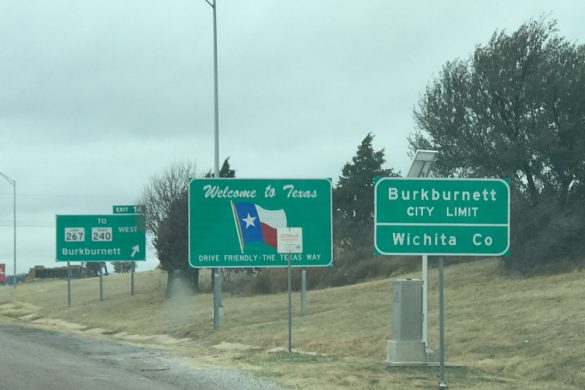 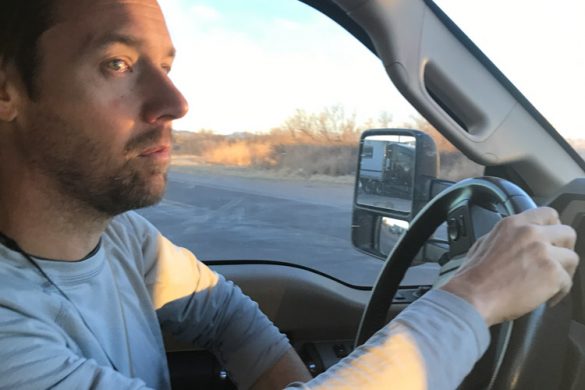 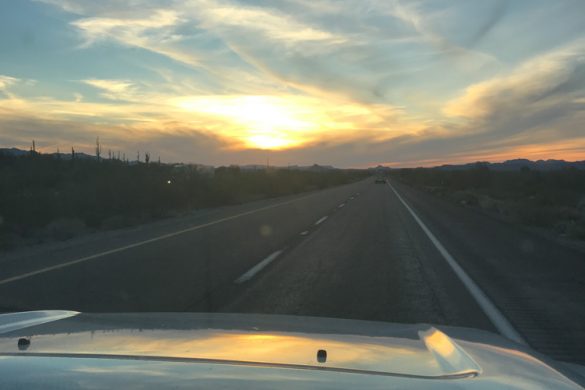 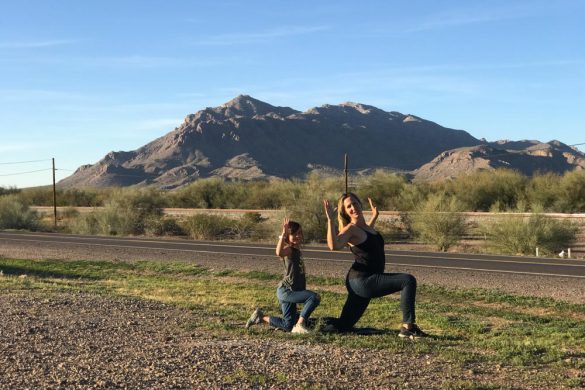 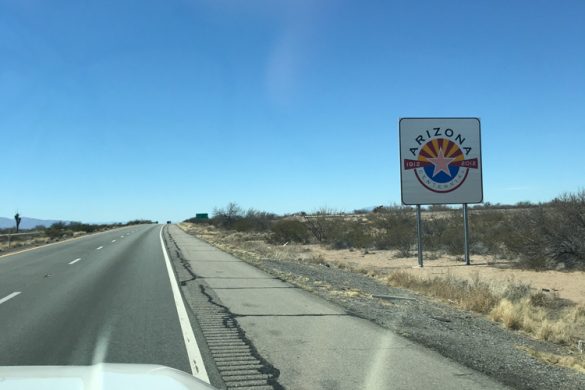