In Pahrump we were able to get a lot of loose ends tied up.  It’s funny how many little things pile up while we travel.  The biggest concern was getting the engine oil off of the Airstream.  The leaking Denali had coated it with oil which then mixed with road grit to form a dangerous scratchy grime.  We also needed groceries, propane, water, dog food and to get some homework done.  As 2pm came around we were all grumpy and felt lucky to escape. 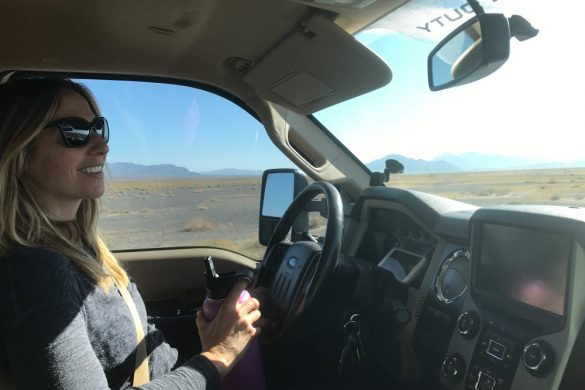 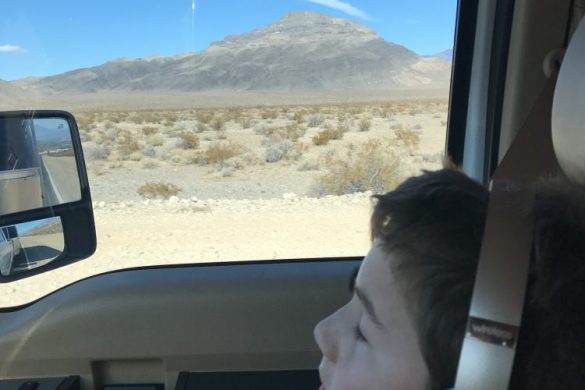 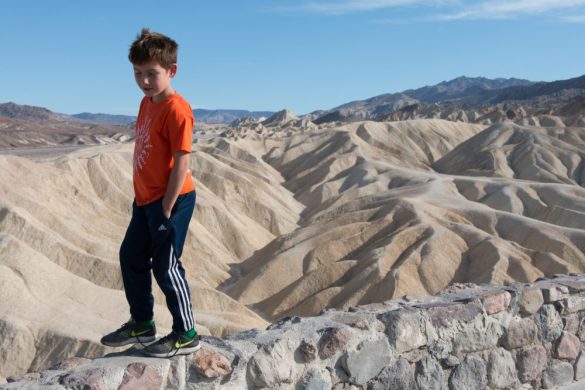 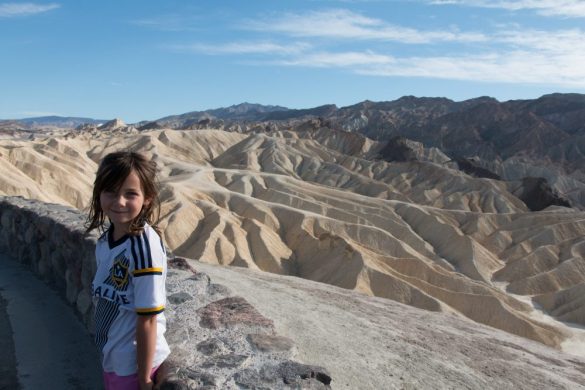 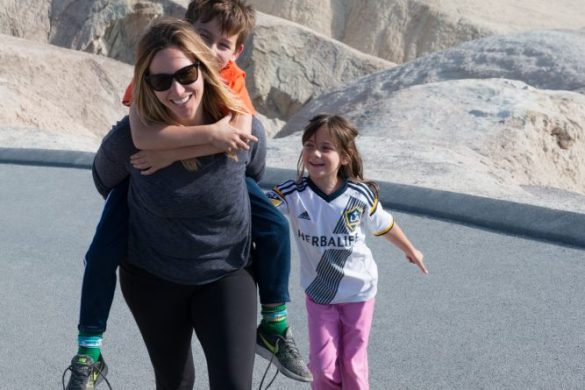 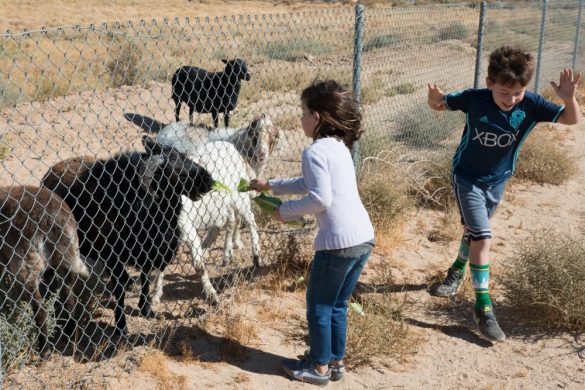 The drive in to Death Valley is beautiful!  The valley opens up with long stretches of road that go on forever.  Verizon service shits off and it is just you and the vast expanse.  Luca was not impressed and voted Death Valley the lamest place in the world.  How come we couldn’t just go back to Vegas and have some fun?  Skye was in good spirits and headed in to earn a ranger badge.

We pulled out of Death Valley at sunset and had a beautiful drive in to the night.  The road towards Bishop had some serious peaks that we went over.  On one of the peaks I stopped and we all got out to wander under the stars.  It felt like we were on top of the world with a huge moon behind us and thick, dark hues all around us.  The road took us to the eastern base of the mountains where we stopped to sleep in a vacant parking lot for the night.  We had traveled a couple of hundred miles north which surprised us with temperatures in the 30s that night. 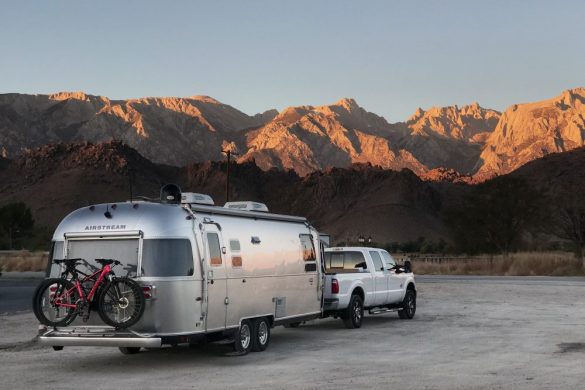 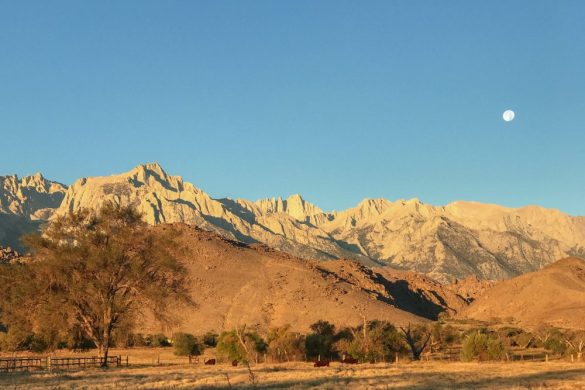 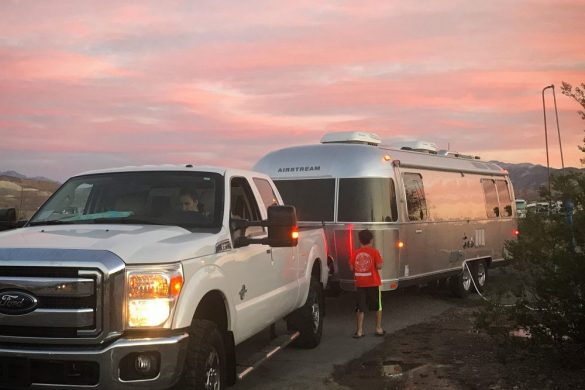 In the morning we turned south to make the trip down to Joshua Tree.  Along the way we stopped for lunch on a vacant runway with a huge solar farm next to it.  There is a ton of solar installations in the southwest.  Most of them are photovoltaic but this particular one was oil and steam.

I flew the drone next to it for some photos while the kids fed all of our veggies to a herd hungry goats.   It was fun to watch Ginger try and make friends with the goats.  In the end she just ended up running around in circles on the runway while they stared at her.  Reminded me of that house wolf meme.

Joshua Tree National Park sits on top of the mountain above the town of 29 Palms.  We searched the campgrounds for cell coverage and ended up at Indian Cove which is on the west side of the park.  The campground was surrounded by rocks and had great views of the valley below.  Lara and I had a great time mountain biking in the mornings before work.  The nights were so peaceful and quiet. 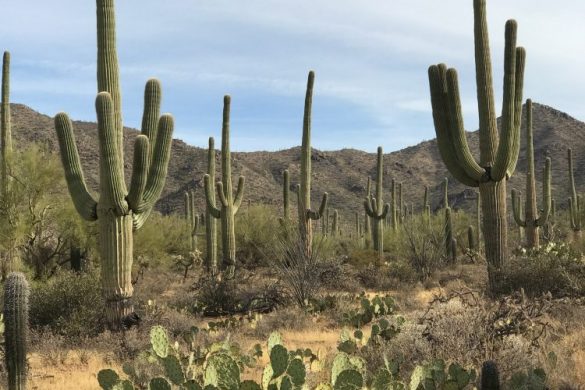 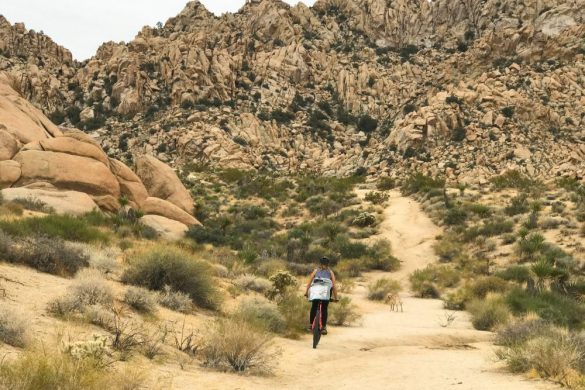 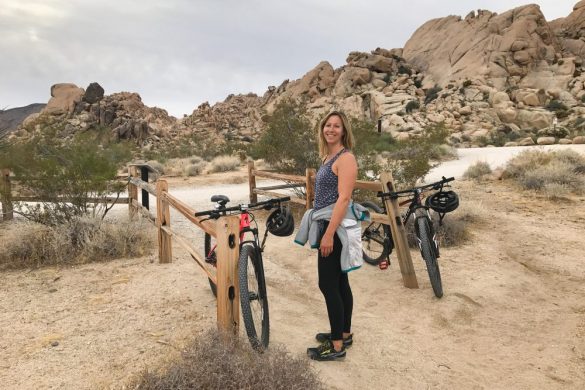 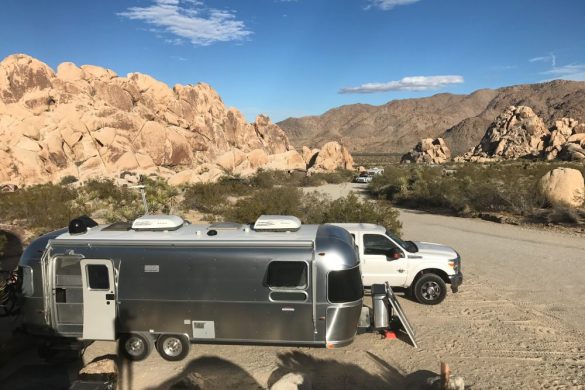 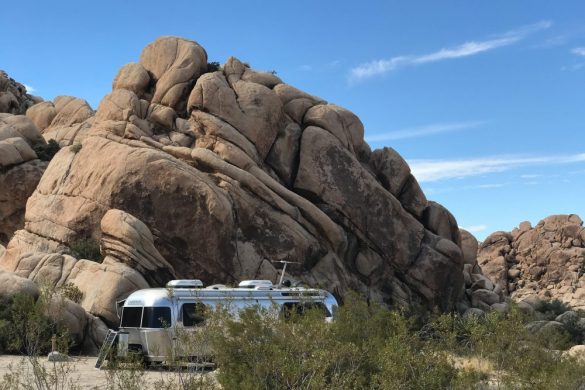 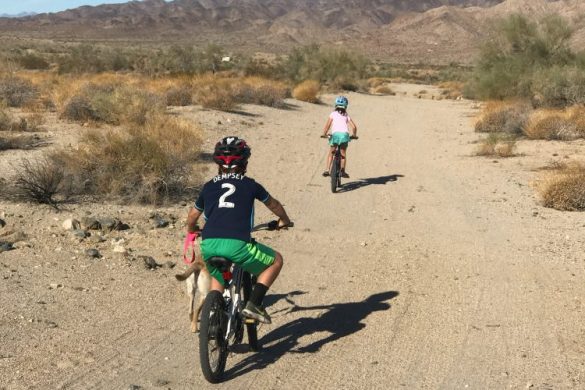 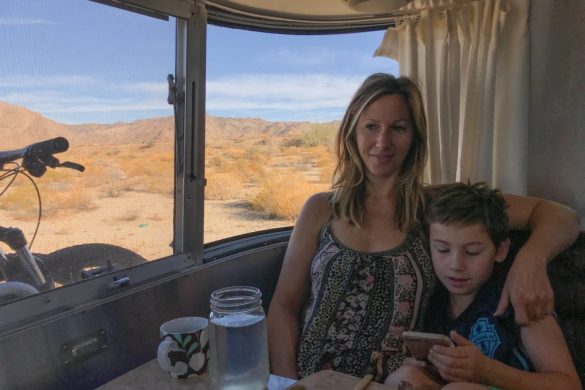 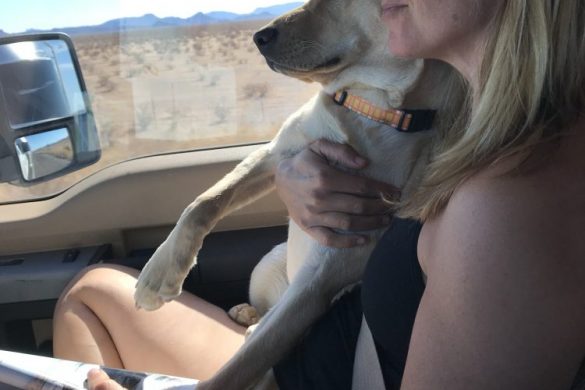 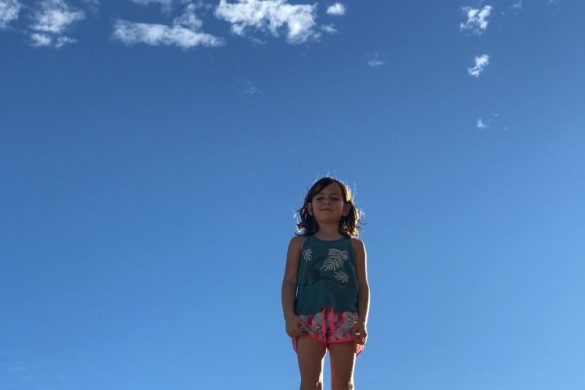 We left the campground and headed in to Palm Springs.  I had booked a flight to visit my co-workers in Seattle for a couple of days.  Lara and the kids stayed behind to enjoy the sun and hot springs.

After my return we visited with family and then headed out of town to camp for the night before heading east.