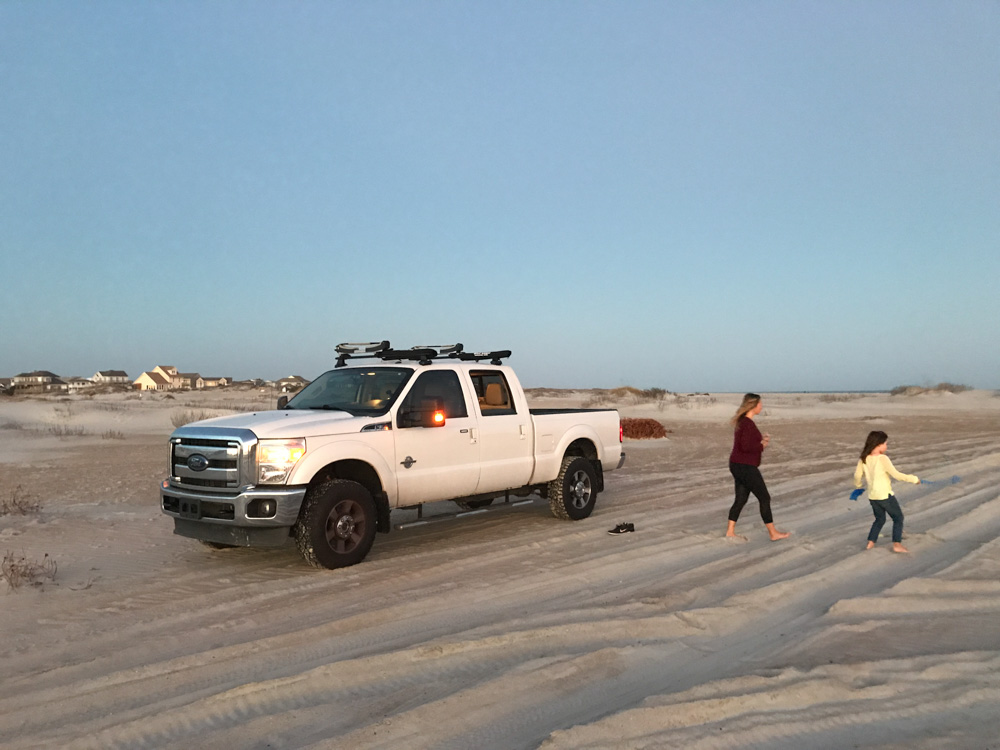 The campground was on an inland waterway which had beautiful sunrises.  We explored the beach on Emerald Isle one night at sunset.  It was windy and cold out but Skye and Ginger had a great time running around.

The campground had a bunch of beachy decorated sites.  People were making the most out of what they had.  There was no gym at the park which meant that we spent our mornings across the street at the Dunkin Donuts.

This part of the trip was hard on the kids.  There was not much going on around the campground for Luca and Skye.  Without friends to play with they were both bored and grumpy.  It made us thankful for all the times that met new friends on the road.

The weather also made us feel like we had traveled too far North too soon.  We quickly planned a southern route back to the west via Texas and San Diego.    After our trip up to the capitol we would head back west to friends and family.