We had a nice stay at the Peach Tree campground in Maryhill.  The campground sits right on the Columbia River and  is surrounded by a peach orchard.  The fires in Hood River brought a ton of smoke which made it hard to breath.  We ended up taking off a day early to head out to the coast.

During our stay in Maryhill the kids started to get settled in to a routine.  Luca started his assessments for school with Laurel Springs.  Skye has been working on her reading and math.  Nighttime has been a lot of fun to set up camp for the kids in the back of the airstream.

Ginger had a blast learning to swim in the Columbia River.  Her first attempts were filled with panic as she swam more vertically than horizontally.  As she got more comfortable she settled down and found her lab stroke.  A pair of older border collies helped show her the way. 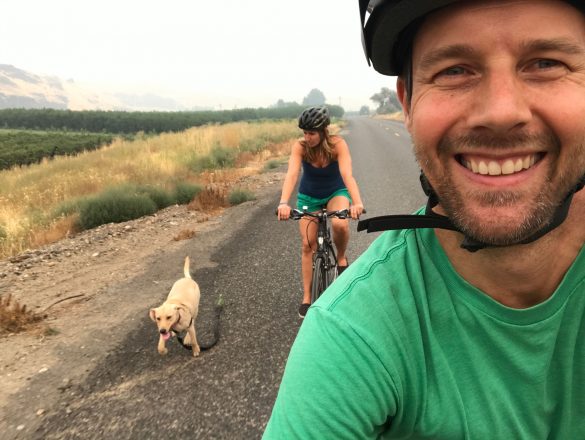 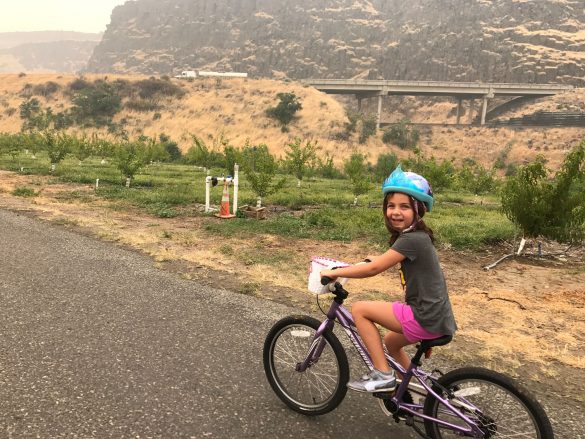 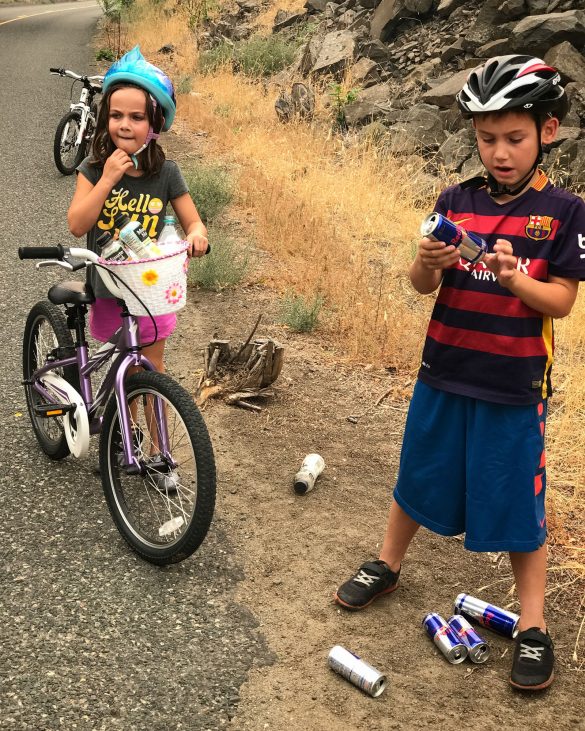 One afternoon while we were exploring on our bikes the kids found some redemption bottles worth a nickel a piece.  After a few minutes of scavenging Luca came out of the roadside ditch with a $5 bill.  This turned in to a whole lesson of hourly pay and how to calculate can collecting as job.  Skye also started to count by fives which fun to watch.

On our way out of the campground we decided to check out the Maryhill replica Stonehenge that is on the hillside above the campground.  On smokeless day the view from up there would be steller.  You can see just how dry the yellow grasses are all around the Gorge.  Luca had a fun time getting some drone shots and Lara took some yoga photos from inside of the memorial.  What a cool spot!

The drive out of Maryhill back to Portland is a long one.  We made some nice stops in Bingin, Stevenson and at Cascade Locks.  Watching the fire across the river was heartbreaking.  The burn is so close to the town that it must be affecting some of the homes.  We hiked down to the river to watch one of the huge helicopters come in and collect water.  That seemed like a lot of work compared to one of the bigger planes that we normally see.  Hope they get that fire contained soon.