At the crack of dawn we headed in to Fort Meyers to find an Airstream dealer to fix our broken window.  Unfortunately the replacement had to come from Ohio which meant we had to stick around.  Lara found a great campground right on Fort Meyers Beach.

The Red Coconut RV Park turned out to be a great place to stay.  They had fast wifi and a beautiful beach right outside the door.  A lot of that beach made it’s way in to the Airstream which kept our little sweeper busy.

We spent the mornings running on the beach and paddle boarding with the dolphins.  The water was not as clear as the northern beaches but we still had a great time. 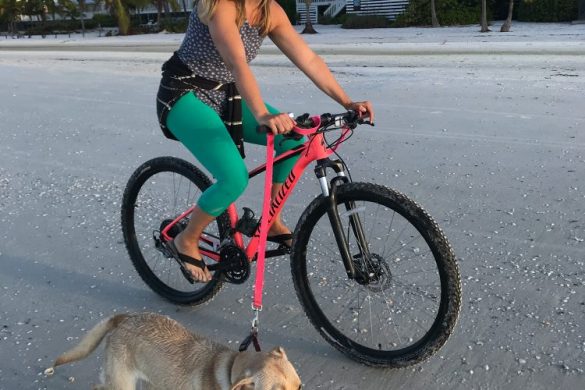 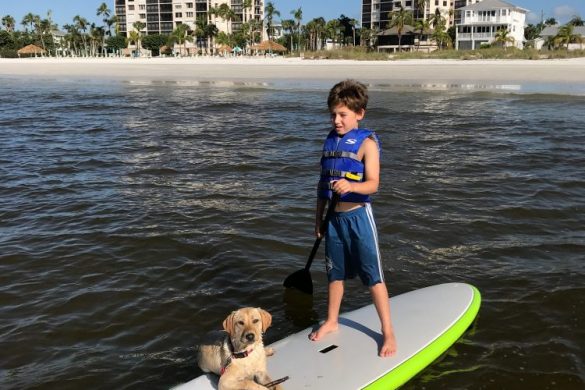 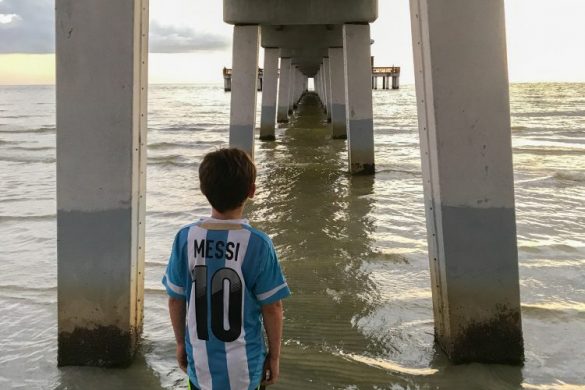 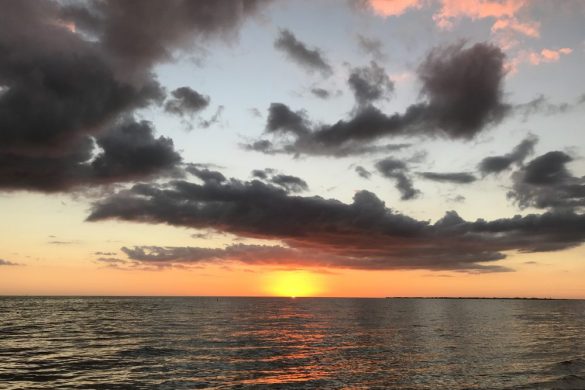 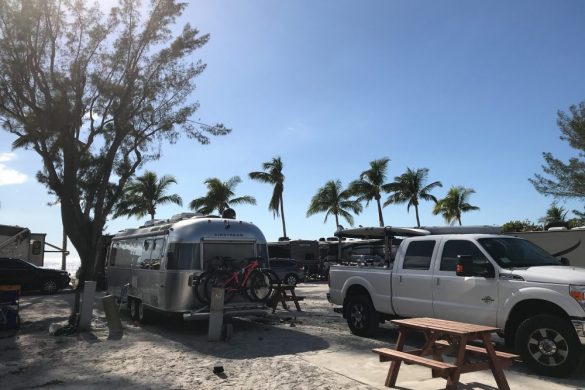 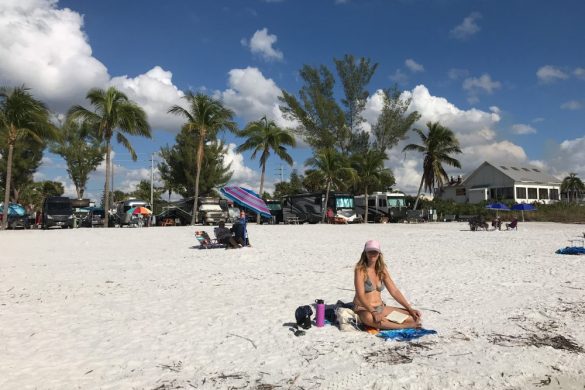 Luca and I took some great walks after work down to the boardwalk.  It was awesome to watch the sun go down.

The Airstream started to feel a little small for all of us.  During the day I was having to take my conference calls in the front seat of the truck.  Sitting in the hot sun for hours at a time was a pain and left me with a sore back.  The Airstream was also starting to have problems with the water system and other random things breaking.  We started to talk about trading it in for a bigger trailer that had a better setup for working.

The great thing about the Airstream is it’s ability to be parked anywhere.  When people see an Airstream outside of their house or on a street they have a different reaction over a standard trailer.  During a lot of our stops I was able to work in the Airstream while Lara and the kids explored.  Trading up to a bigger trailer would take a different travel style.

We took a quick trip up to Lazydays RV in Tampa to look at some different options.  Lazydays has a RV park attached to it with a pool and restaurant.  We had a great time riding our bikes around and checking out different motorhomes and trailers.

After looking around we settled on a fifth wheel style trailer with a middle bunk room.  This layout would give Luca his own room and Skye a loft bunk to play in.  I would be able to work up in the front bedroom with a door that closes and locks.

We settled on a Jayco North Point at Orlando RV which also happens to be an Airstream dealer.  They gladly took our slightly broken Airstream and set us up in the new fifth wheel.

While we waited for the new trailer to be inspected we moved over to Lake Whippoorwill near Orlando.  The KOA had beautiful lake views and great pool.  It was a nice couple of days!  The whole alligators in the lakes thing is kind of a bummer for paddling though.

The first time on the road with the fifth wheel was a little scary.  The angles to back it in to a parking spot were totally different than the Airstream.  It took us many tries to get in to our first spot that night.  The kids were so excited to setup the power and slide the four slide outs out.  It was totally a Jefferson’s moving on up moment. 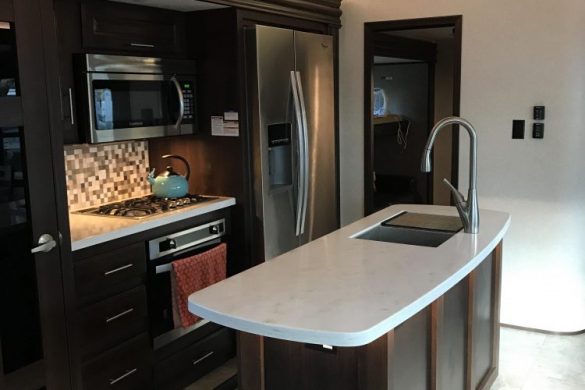 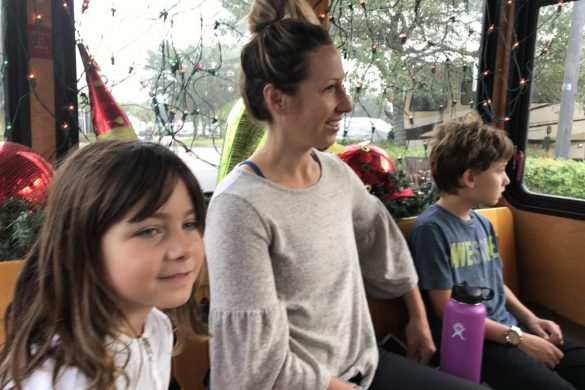 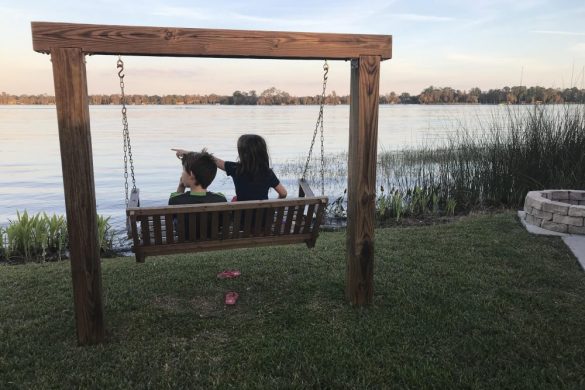 Now that we had the new trailer it was time to head back south to Miami.  We had a few days to get settled before our Christmas trip to Montana.  The trailer would need to go in to storage and Ginger dropped off at camp before we headed out.

Time to test out the new rig in Miami traffic!