After being on the west cost of Florida for a couple of weeks we took a trip across to visit Cape Canaveral on the east coast.  We pulled in to the Kennedy Space Center on a rainy afternoon and parked the Airstream in the overpriced RV parking.  After paying the huge entrance fee we entered the vast complex and had lunch.

The cafeteria was awesome and had hydroponic salad greens growing all around the registers. The plants definitely brought the room to life.

The Kennedy Space Center was filled with some really cool stuff.  Our first stop was in a wing devoted to visiting Mars.  We had a great time learning about all of the new space tech that will help humans survive once we make it to mars. 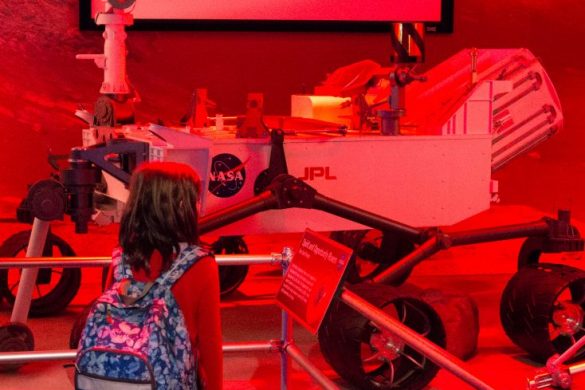 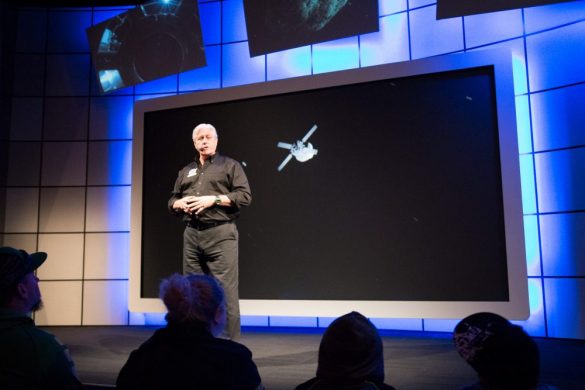 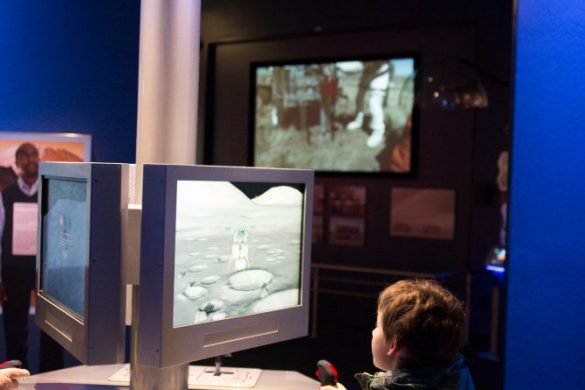 It was fun to see the rovers that we have sent there including this one from The Martian.  Luca and Skye had a great time using the rover simulators.

The main attraction was definitely the shuttle program.  We all enjoyed the shuttle concept video and seeing all of the steps that it took to finally build the shuttle.  Once the second video finished the screen lifted up to reveal the actual shuttle hanging right in front of you.  It was awesome! 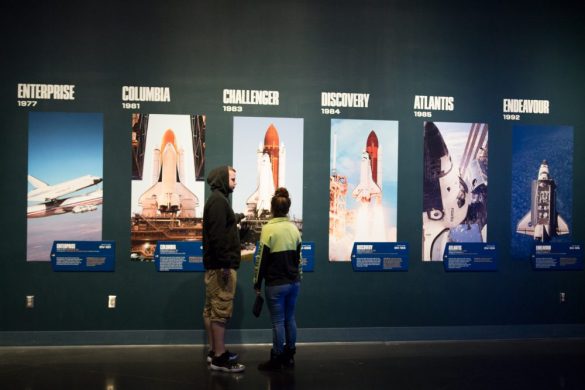 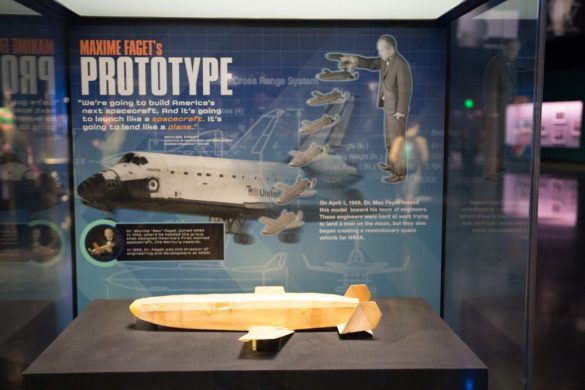 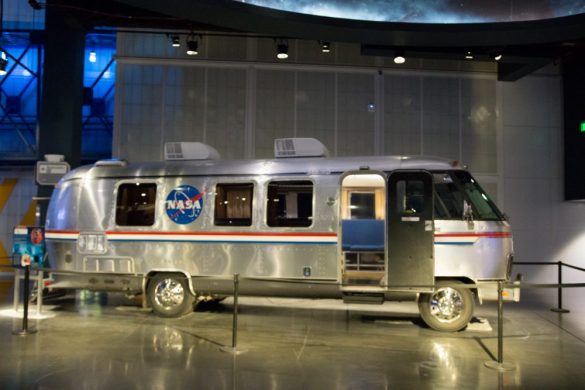 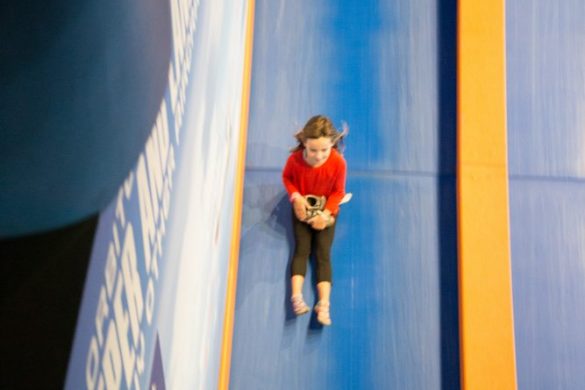 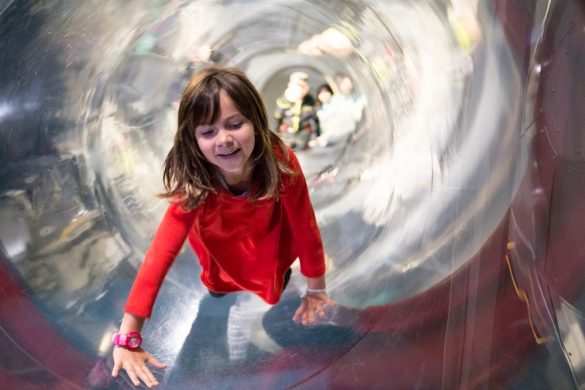 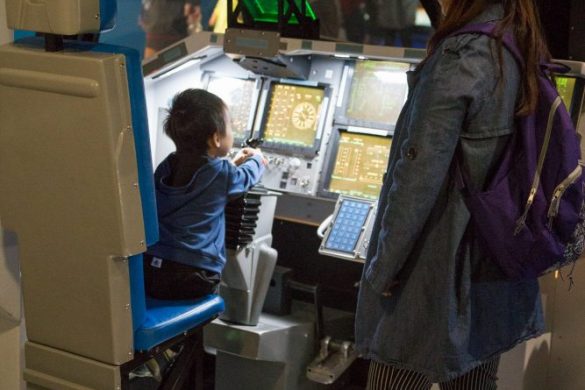 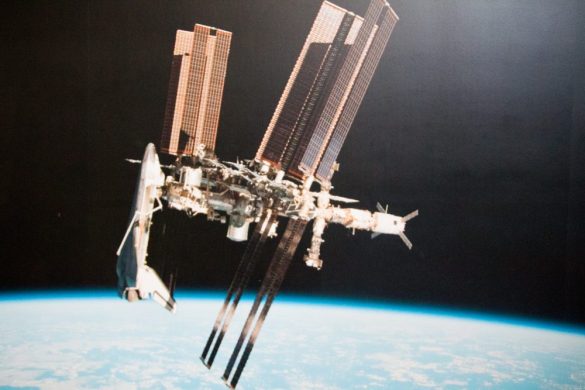 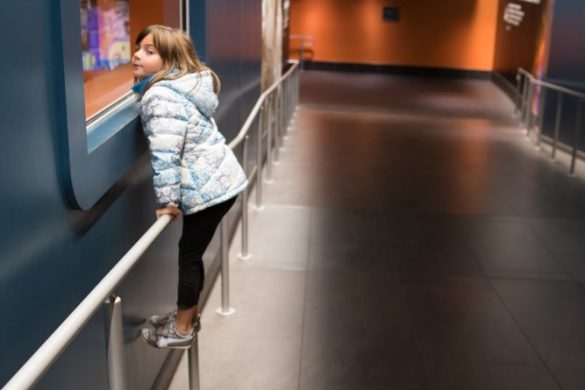 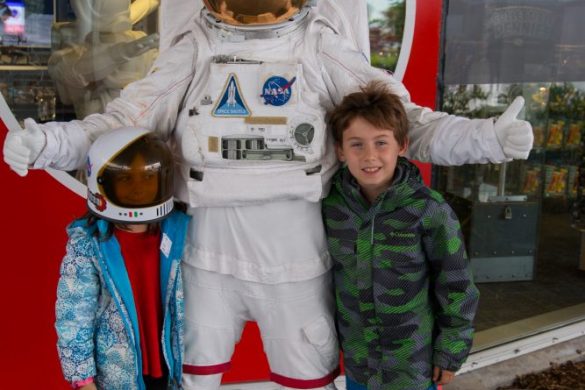 Luca and Skye must have gone down the slides over a hundred times.  They also loved the space station playground that hung high above the rest of the exhibits.  I left the space center feeling so inspired by what all of the engineers had achieved.

We pulled the Airstream in to Jetty Park which sits in the Cape Canaveral port.  The park has a great view of the launch pads and water recovery infrastructure that surrounds Nasa.  There was a SpaceX launch that we were hoping to see but was scrubbed due to technical difficulty.  Thankfully we made it back later in the trip to see the Falcon Heavy take off.

Jetty Park is owned by the port and has excellent services.  The wifi was fast, bathrooms were clean and everything was well looked after.  Definitely a great place to camp for a launch.

The town of Cape Canaveral is a lot like most of Florida with the typical strip mall layout.  We spent some time at the local Duncan Donuts and met some locals that were fun to talk to.  The same people were at the Duncan Donuts everyday and like all east coasters were happily chatting away with each other.  It’s the kind of place where if you say something someone else across the restaurant chime in to correct you.  I love that about the east coast.  It seems like us west coasters are just trying to avoid talking to each other which is lame. 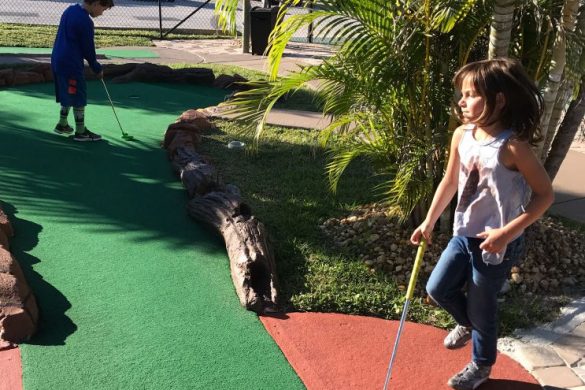 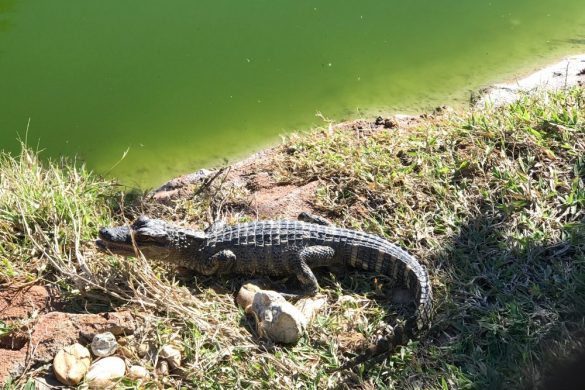 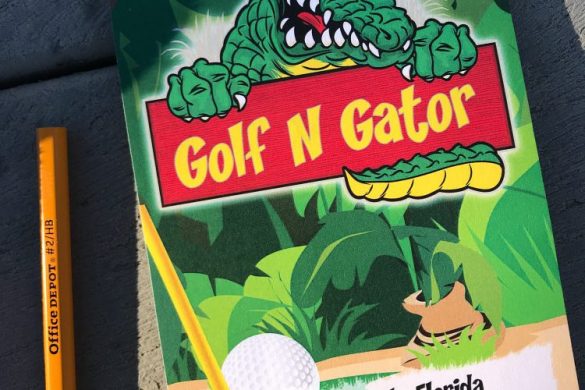 Unfortunately the beach was windy and cold the whole time we were there.  We stayed bundled up and hid from the wind all week.

If you make it to Florida the Kennedy Space Center is a must see!